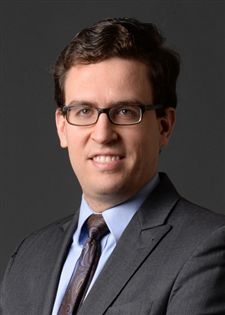 Mr. Thies has litigated complex commercial disputes and defended class actions throughout the state of Illinois, and in federal courts across the country, including the First, Second, Seventh, and Tenth Circuits. He has represented clients in numerous trials and arbitrations, including serving as part of a trial team winning a $64 million judgment after a jury verdict in the Northern District of New York.

Prior to joining Webber & Thies, Mr. Thies was an associate at Sidley Austin LLP (2013-2018) and clerked for Chief Judge James F. Holderman of the United States District Court for the Northern District of Illinois (2011-2013) and for Judge Jerry Smith of the United States Court of Appeals for the Fifth Circuit (2010-2011).

Mr. Thies is a member of the Executive Committee of the Council of the American Bar Association Section of Legal Education & Admissions to the Bar, the nationally recognized accrediting body for American law schools. He also currently serves as a member of the finance and governance committees of the Council, as Chair of the Standards Committee and as Chair of the Strategic Review Committee.

Mr. Thies served as the Reporter for the 2009-2010 ABA Presidential Commission on the Impact of the Economic Crisis on the Profession and Legal Needs, and as the Reporter for the 2012-2013 ISBA Special Committee on the Impact of Law School Debt on the Delivery of Legal Service. He has also represented Illinois as a delegate in the ABA Young Lawyers Division Assembly.

Mr. Thies has frequently written on topics of interest to the profession (and public):

“Why ESI is Not Like Fine Wine: Recent Changes to the Ancient Documents Exception to the Hearsay Rule,” Ill. St. Bar Ass’n Fed. Civ. Prac. Newsl. (2018).

“Is the Supreme Court ‘Pro-Arbitration’? The Answer is More Complicated Than You Think,” Sidley Austin LLP Ins. & Reins. Law Report (2016).

Mr. Thies is a member of the Champaign-Urbana Schools Foundation Board. He is a graduate of the 2019 Emerging Community Leaders Program through the United Way of Champaign County. He is a member of the Sixth Judicial Circuit Pro Bono Committee and volunteers as a pro bono attorney through the Sixth Judicial Circuit Self-Represented Litigant Help Desk.

Mr. Thies and his wife Page reside in Champaign with their three sons and two daughters.